Give us a Call!

It is common for children to use more toothpaste on the toothbrush than is needed, or in the child’s best interests. Too much toothpaste increases the chances of your child consuming too much fluoride.
Dr. Steven Levy, an eminent fluoride researcher noted that, “A level of 0.05-0.07 milligrams of fluoride per kilogram body weight per day, is generally thought to be optimal.” This translates to roughly as little as a tenth the weight of a grain of salt for every two pounds.

In reality the optimal level is virtually impossible to calculate because of variations in fluoride levels in all sorts of foods and beverages. For example, it cannot be assumed that a person living in a non-fluoridated water community is receiving low levels of fluoride since fluoride is also ingested from drinking substantial amounts of soft drinks or juices. Breast milk and cow’s milk are very low in fluoride, however in the 1970s some infant formulas were found to have high fluoride content. U.S. manufacturers reduced levels of fluoride in formula by the 1980s and lower concentrations still were documented in the 1990s. Other foods that have high fluoride content are teas, dry infant cereals, processed chicken, fish, and seafood products.

Is mild fluorosis an acceptable tradeoff for a substantial reduction in caries? This is an important question in today’s world where aesthetics is becoming more and more important. Fluorosis varies in appearance from small white striations to stained pitting and severe brown mottling of enamel.

The level of fluoride intake during the first three years of life is believed to be most critical for the development of fluorosis of the upper front teeth. The risk of dental fluorosis is limited to children 6-8 years of age or younger, and it is critical for parents to monitor fluoride sources during this time. Older children, adolescents and adults are not susceptible to dental fluorosis.

The main documented risk factors for fluorosis are above optimal fluoride in: water; infant formula reconstituted with (fluoridated) water, supplements and dentifrices.

Dental care for the entire family.

We invest in new technologies to make sure you’re getting the best that dentistry has to offer.

Insurances we work with 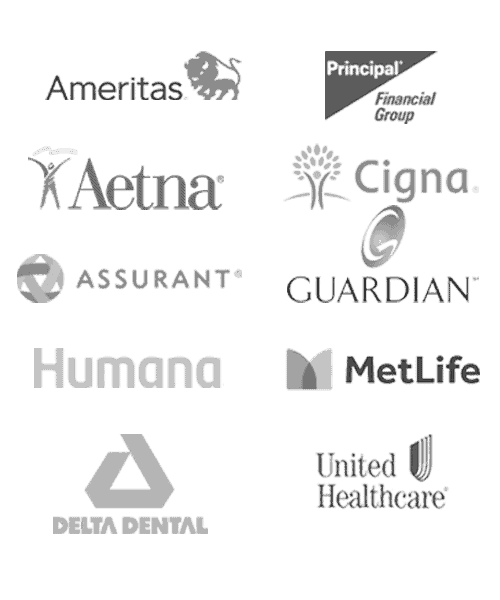